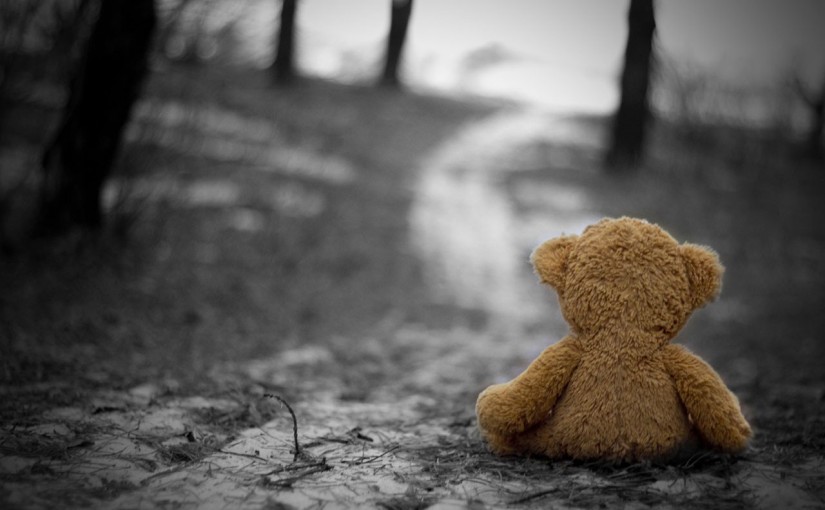 The sudden dreadful crying and screaming woke Zainab up. She lay on her bed, burying her face into the pillow, trying hard to block out the growing noise coming from the other room.

It had hardly been two hours since she had cried herself to sleep. Her tender heart started pounding against her chest at the thought of what would follow this pattern. It was the norm; after her father would come home, her mother would scream at him, he would yell back, and then it would get worse until she, being the eldest child, would intervene, crying and begging her parents to stop the awful fight, the reason for which those little children could never understand.

The only thing she ever wanted was to see her parents happy and together. Whenever they were happy, she would hope time would freeze so she could preserve every bit of it, but unfortunately, the happy moments would not last for very long before a simple disagreement would turn into a heated argument leading towards a terrible dispute.

What really wounded her heart was when either of her parents held grudges against each other and complained to others about each other or when other people would gossip about her parents while disregarding her presence as she was a mere child, supposedly devoid of feelings or a sense of understanding. This infuriated her, and she started to accumulate hatred and resentment within herself.

Her fear and anxiety grew as she could overhear the increasingly enraged arguments coming from the other room. “Stop! Please stop!” Zainab screamed in her mind, tightly clamping her hands around her throbbing head which felt like it would burst.

Despite being huddled up in a warm and soft quilt she could feel her feet getting cold. Tears of anger, rage and distress were rolling down from the sides of her eyes fading away in the darkness while she lay there in the emptiness of her room hoping that the yelling from outside too would soon fade away.

Sound Familiar?
Does this sound familiar? Have you, as a child felt the way Zainab was feeling? Or even worse, could your children be going through what Zainab was experiencing?

Catastrophically, the innocent victim of such a battle is always a child, who has no role to play in a conflict between adults except to helplessly watch and get destroyed.

Any Excuses?
Whatever excuses parents might have to justify their perpetual conflicts, ill temper or regular tantrums, whether towards each other or directed towards their children as a result of being frustrated in a mutual relationship, is completely unacceptable and unjustifiable.

Since they are the adults, they have been given the responsibility of raising a human being, and they are liable for and therefore must be mindful of, not only the physical upbringing of their child, but also the psychological development including the spiritual growth and emotional enrichment of this little individual.

Consequences!
A child witnessing relentless unkind behaviour, intolerance, exchange of harsh words, sarcasm, mistrust, offensive gestures, unpleasant treatment and/or indifference between his/her parents is most likely going to have an unbalanced and blemished personality with multiple problems to cope up with, such as:

·      Lack of Religious Growth: Children from a disturbed household hardly become religious unless someone consciously channels them. Since they rarely see their parents ever turn to their Rabb (Sustainer) and exercise patience in times of distress, they cannot relate to this concept.

·      Absence of Spiritual Connection: When children witness their parents trying to find peace through other means and relying on those means besides Allah (subhanahu wa ta’ala),they automatically relate to seeking peace and relying on ways and means other than the true source of khair (goodness), their Creator.

·      Loss of Self Confidence: Such children lose their confidence because they have been devoid of the kind of emotional support required to boost their ego and individuality.

·      Low Self Esteem: The loss of dignity between parents or such a behaviour pattern established by one of the parents gives birth to low self esteem in their child’s character, resulting in a feeling of worthlessness.

·      Insecurity: When children witness ill treatment between their parents or by any one parent towards the other they feel insecure about their relationship with them and dread being the victim either directly or indirectly. They also feel worried about their parents or their siblings and feel powerless.

·      Anxiety: A child observing domestic disorder whether emotional, verbal or physical is always on guard, watching and waiting for the next event to occur. He/she never knows what will trigger the abuse and therefore they never feel safe.

·      Self doubt: When a child’s tender mind is not able to explain why his/her parents hardly get along, they sometimes start blaming themselves; that if they hadn’t done such and such the argument wouldn’t have  started, or if they are unable to explain the reason for a fight they remain doubtful about the occurrence of it which leaves them confused and frustrated. The feeling of self doubt makes them feel humiliated and embarrassed.

·      Resentment: Children experiencing a chaotic household become resentful towards either their siblings or one of the parents who they think are responsible for triggering an argument. They can possibly become enraged, short tempered and abusive as adults themselves.

·      Suppression: Children experiencing domestic issues are always engrossed in coping with the stress at home. They are expected to keep the conflicts at home a secret. Consequently, this can turn them into inexpressive and suppressed beings.

·      Intimidation: On the contrary, sometimes children who witness one of their parents (most likely their mother) being the victim at home, learn to grow up to be intimidating individuals themselves to get their way in an intimate relationship because children have a natural tendency to identify with strength.

·      Controlling Behaviour: Knowing their strength, children from disturbed homes are prone to becoming controlling with their spouse. They have been brought up to feel anxious about relationships and therefore are desperate to take charge in order to preserve a relationship from disintegration. They feel that their controlling would help keep it intact.

·      Vulnerability: These children feel isolated and vulnerable. They crave for attention, validation and company. As both parents are consumed in their own survival, they are hardly emotionally available for the child. Therefore, the child is most likely to look for the emotional dependency elsewhere.

The above are only few of the many setbacks that a child from a disordered home goes through. The question is, do we want our children to experience this? The expected answer in all cases would hopefully be no.

Then what are we, as parents, doing to prevent them from such experiences? Having said this, I do not intend to include the unique situation, where a spouse has a psychological disorder and the other spouse is expected to put up with them.

Realistically speaking, how many of us face the above mentioned condition where we have zero control over our respective relationship? Truthfully, the genuine reason isn’t that we can’t avoid drastically damaging scenarios, but usually we choose not to prevent them as every dispute has a history of negative, unresolved events trailing behind it accompanied by insensitive, tactless and careless actions between the parents.

Generally speaking, we are selfish individuals that are primarily concerned with catering first to our personal emotional and psychological needs. While in a conflict, we are either immersed in self-pity and depression or are trapped amidst the battle of egos, so we neglect the little hearts from being repeatedly aggrieved and wounded.

Emotionally and physically drained, frustrated and exhausted from having to keep up with the relationship with our spouse, we become oblivious to the damaging impact our indifference towards each other might have on our child’s personality.

However, we must remind ourselves that our children are dependent on us in every single way for each little thing and realize the gravity and responsibility that parenthood holds. We cannot help the reaction of our spouse but what we can control is our attitude towards them or towards an unpleasant situation or experience.

Obviously, it is not as simple as this statement and requires counselling and perhaps a series of articles to get into the intricacies of a relationship and its dos and don’ts. Nonetheless, the focus of this article is to highlight the traumatic conditions that children who experience domestic violence go through and its consequences.

A child is similar to a soft lump of dough and as we can mould it how we wish, it goes through what we make it go through. A lump of dough, when handled with love, care and wisdom can be beneficial for you, but if it is mishandled roughly and carelessly, it can prove to be just the opposite.

Our children are an amanah (trust) from Allah (subhanahu wa ta’ala). They have been sent to us so that we can nurture them with love, respect, care and concern. We leave our impressions on them. We either leave our child with a well-nurtured body and soul, or we leave that child with a scarred soul and a wounded heart. The choice, of course, is ours….

This article was first published on Suhaib Webb.com now called Virtual Mosque. Then it was re-published on Hiba Magazine.

Maria is an artist, counselor and art therapist in training. View all posts by Maria K. Siddiqui